What is a Mosquito net window?

It is a protective screen (also known as insect screen, fly screen, bug screen) that is used to cover the opening of a window or door to keep your Singapore property free form insects, particularly mosquitoes/flies/lizards, or small animals or pest like rats from entering from the open windows into the premises for food which may posts a health threat to you and your family.

It is usually a net made of metal wire, fiberglass, or other synthetic fiber and stretched in a frame of a window. It serves to keep insects, leaves, debris, birds and other unwanted things from entering a building or a screened structure such as a porch, without blocking fresh flow of air.

Depending on the density of the window mosquito net screen materials, it can also act as a filter to prevent dust particles or raindrops penetrate into the premise form the windows.

An insect screen can be used in all openings of a house/building at windows, doors or gates.

A mosquito net for window can be custom made & installed onto the existing aluminum windows/door/gate frame, a strong magnetic strip are used to put the magnetic insect screen which is removable, depending on the needs and applications in the window of your house/building.

Installing a mosquitoes net for windows is one of the best product that you can buy for your house/building. We provide services to measure the magnetic strip and custom makes the magnetic insect screen to fit the different sizes/shape of your windows or doors to stop mosquitoes and insects to come into the window and enter the premise, 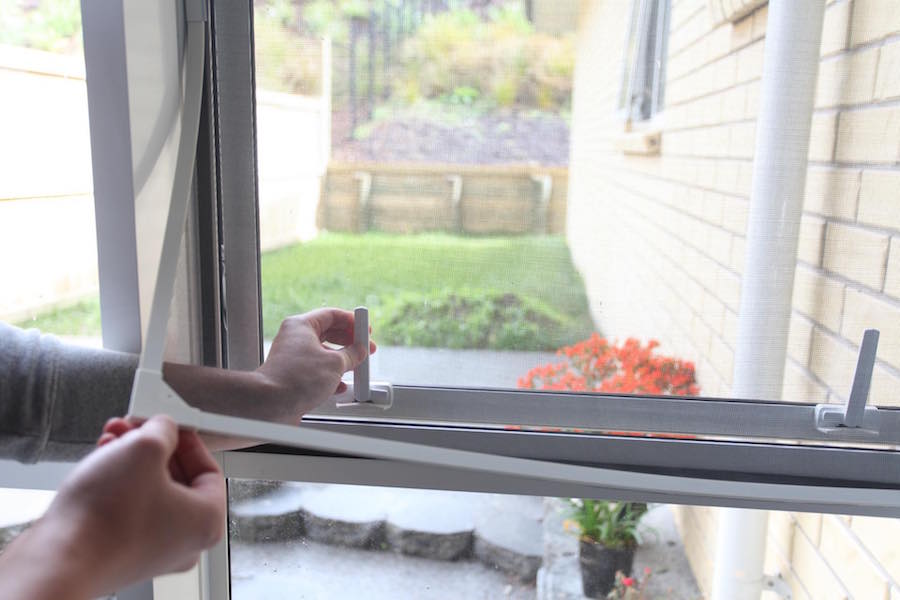 What are the benefits of installing a mosquito net?

There are many benefits of installing a window with mosquito net in your house/building especially due to our weather and climates where insects such as mosquito the carries diseases breed fast.

One of our customer’s objective is to install the magnetic insect screen in their premise to stop insects from entering their home/office window. There’s an increase in demand for this solution as we want to prevent the spread of Dengue Fever delivered by Aedes mosquitoes that affects the kids, elderly and pregnant woman especially.

Therefore, it is always better to take precautionary measures to protect our family & loved ones at home and for your business. Join us in the fight to stop Mosquitoes breeding and keep them in order.

Where can we install the insect screens?

The most effective service to stop insects from entering into premises, all entrance/exist should installed with a magnetic insect screen such as

We had installed insect screens in most types of window frame Flats, Executive & Private Condominiums and landed property such as Terrace House, Semi Detached, Detached or Bungalows. We have installed many Commercial properties too, covers Offices, Shops, Factory, Warehouse, Education/childcare centers etc.

Want to open the windows for a bit of fresh air – but don’t want the insects? A magnetic mosquito net can help.

Studies suggest there are more than a billion insects per person in the world – and when the weather heats up, it can seem like they’re all flocking to your house.

Nobody likes a hot, stuffy home, so of course you might want to open the windows during summer. But how can you do that while also doing your best to keep unwelcome creepy-crawlies and flying critters away?

Here are 10 tips for a mosquito free home this summer:

1. Apply insecticides – Spread a barrier of insecticide throughout the entire perimeter of your house to keep the mosquitoes out. Always check the instructions and make sure they’re safe to use, especially if you have pets and children around.

2. Make your own insecticide – If you don’t want to use chemical insecticides, try making your own – fill a spray bottle almost to the top with half water and half witch-hazel, add 30-50 drops of peppermint oil, mix and spray around the house.

3. Screen time – Put the magnetic strip to the window and door frames and install the magnetic insect screens.

4. Make your own insect barrier – Glue Velcro strips to the window frame, and also to pieces of netting cut to the size of your window. Attach the netting Velcro to the window frame strips, and you have a home-made insect screen.

5. Seal holes – Make sure that there are no open cracks or holes. Use a sealant to seal cracks and holes insects can use to get in.

6. Ant killer – If ants are marching into your home, spray lemon juice or vinegar in the windows and doors to stop them.

7. Feathered friends – Some birds love to eat insects, so entice them into your garden with bird feed, and encourage them to stay by building up a birdhouse for them.

8. Clean up – Keep the house clean, particularly in the kitchen as insects are attracted to food debris. Empty the bins often, and wipe counters after you cook. Store food in sealed containers, and wash the dirty dishes frequently.

9. Remove stagnant water – mosquitoes are attracted to water, so make sure there’s no standing water. Make sure windows and doors screens are closed to avoid allowing mosquitoes into enclosed spaces. Also, repair any leaks that can provide a source of water for pests.

Mosquito sprays do not work every time, researchers find

Long-lasting insecticidal sprays have yielded an important breakthrough in malaria prevention, but this does not automatically mean they always work against diseases transmitted by insect bites.

Kala-azar, or visceral leishmaniasis in doctor’s speak, affects half a million people every year. The Leshmania parasite, is transmitted by sand flies. This parasite destroys your blood cells, leading to an enlarged spleen, inflammation and progressive wasting. If left untreated, the outcome is fatal.

Until now, in India and Nepal sand flies are controlled by indoor spraying of DDT or other insecticides; some families have classical mosquito screens installed in their window, which are not treated with long-lasting insecticides. Spraying happens local and irregular, which means at one moment sufficient sand flies and prey remain to continue the disease.

This crusade needs a large amount of money, time and effort, so the researchers of the Institute of Tropical medicine offer their service, together with colleagues from different parts of the world first checked if it made sense. The prospects were good: in Sudan the approach had worked — but there the disease was transmitted by a different sand fly. And in Syria and Iran, the treated screens installed had helped against cutaneous leishmaniasis, caused often by mosquito bites that goes indoor from an open window to a sleeping person.

However. The scientists followed ten thousand people during two years, in 24 hamlets with a high percentage of visceral leishmaniasis, in India and Nepal. During the period of the study, about half the villages were sprayed under the routine national control program.

In the hamlets with extra mosquito screens the sand flies indoor were reduced by a quarter, but the number of infections was not significantly lower than in the control hamlets. Neither did the number of cases of leishmaniasis (luckily, not every infection leads to disease). To be precise: the disease risk went down with 1%, which could be just as well due to chance. Yet in the campaign-villages 90% of people slept under their nets for more than 80% of the nights, while in the control hamlets only 30% of people slept regularly under an (untreated) screen.

Thanks to the service of the volunteers, the number of malaria cases did significantly go down in the villages with the extra screen nets.

This study, the first on such an extent, shows that medicine shouldn’t generalise its results too fast, and that it’s always a perfect idea to do field research before launching grand scale campaigns. And that, for such a campaign against kala-azar to have effect, research into the behaviour of sand flies is urgently needed.